Ten Legal Facts You Should Know Before You Get Married

(Note – The following is a broad overview of the law in relation to the topics mentioned. It is and should not be treated as a substitute for obtaining proper legal advice relevant to your individual circumstances).

hen one thinks of marriage, thoughts regularly turn to the ceremony, wedding dresses, parties and, regularly, romantic films and novels.

Marriage is, however, a major legal commitment, and possibly one of the biggest that many individuals will make in their lifetime.

Therefore, it is important to be aware of the major legal consequences or facts of marriage which one should know about before tying the knot. 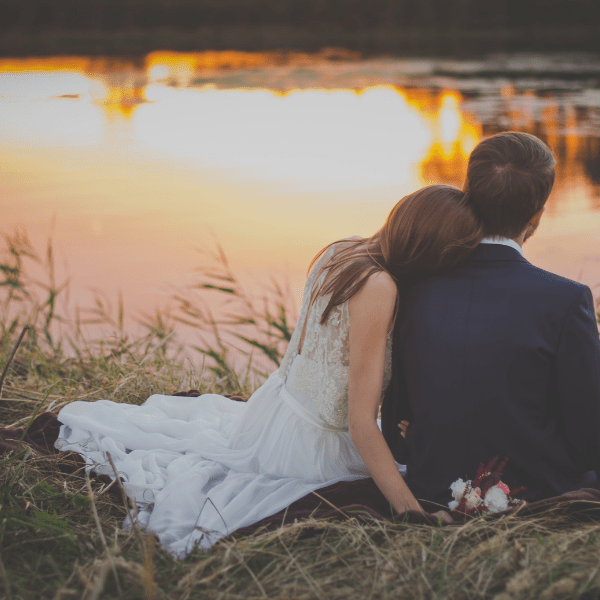 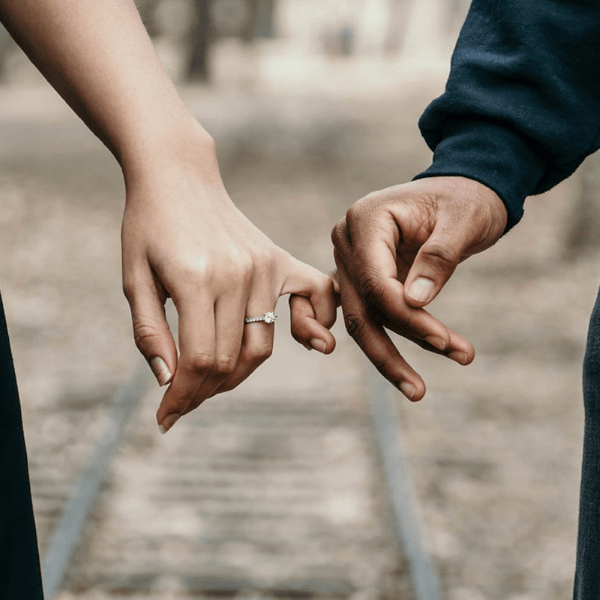 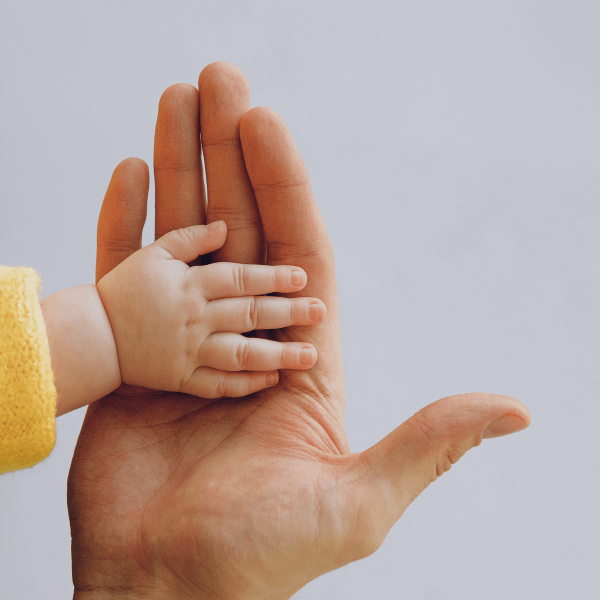 Are you, or your intended, of marriageable age?

This is not an issue which will come up often but is relevant for all for the high school romantics you might know of.

Under Australian law, one must be eighteen years of age in order to marry[1], although a child who is at least sixteen years of age, but not yet eighteen, can apply to a Court for permission to marry. It will be necessary to establish that there are exceptional or unusual circumstances to warrant permission being granted[2].  Normally, too, the parents of a minor must give consent, but it is possible to apply to the Court to dispense with that consent[3].

Are you or your partner eligible to marry?

This issue will come up when one of you has been married already and that marriage has broken down.

Australia has a no-fault divorce system, and so it is relatively easy to end a previous marriage which has not worked.

Nonetheless, Australia does require a period of separation for twelve months before an application for divorce can be filed[4]. Owing to Court delays, too, it may take a few months between the date of the filing of the application and the date of the hearing. Normally, too, a divorce order made at the Court hearing will only take effect – so that the couple are divorced – a month and a day after the Court hearing[5].

Therefore, it may take up to eighteen months from the time of separation to obtain a divorce and be free to be married again.

Bear in mind, too, that if you are remarrying after your divorce, the marriage celebrant will need to see a copy of your divorce certificate.

Likewise, if you are remarrying after the death of your previous spouse, the celebrant will need to see a copy of the death certificate.

All this should be borne in mind when further marriage plans are being made!

I was married overseas. Is this recognised in Australia?

The short answer to this question is, generally, yes.

To be recognised in Australia, an overseas marriage must have been valid under the local law of that foreign country. [6]

On this point, though, it may surprise some readers to know that it is possible in Australia for first cousins to marry, for a person to marry an aunt or uncle, or a stepparent to marry a stepchild, (provided that there was no legal adoption). Marriages, however, between siblings (of the full or half-blood), and between a person and a direct ancestor or descendant, are not permitted.[9]

I hope to avoid having the other party making a financial claim on me, so I will not get married, and just live with my beloved.

This logic might work in other countries but is more dangerous in Australia.

This is because, under Australian law, if you can prove that you are in a de facto relationship with another person, and meet certain geographical requirements[10] , then each party will have essentially the same rights to make a claim for property division and maintenance as if they had been married to each other.

Normally, it is necessary that the relationship is at least two years in length, but if there is a child of the relationship, or a party has made substantial contributions (and it would be unjust not to recognise these), then relationships of shorter periods are covered.

Therefore, if you would prefer to get married, do not avoid it from fear of a financial claim. It may get you anyway!

How can I prevent a financial claim then if I get married?

This question is commonly asked by people who have been married previously and gone through an expensive and messy divorce.

The best and most effective way is to enter into a pre-nuptial agreement (known technically as a “financial agreement”), setting out the financial arrangements which will take place in the event of any separation.[11]

It is necessary, however, for each party to obtain independent legal advice for such agreements to be effective.[12] There are also various matters and pitfalls to be aware of in order to avoid such agreements being later challenged. These include the need to make proper financial disclosure of each party’s financial situation and circumstances and to make proper arrangements for any children which might be born of the marriage.[13] Consequently, entering into such agreements does come at a certain cost.

Further, neither side can be compelled to sign such an agreement.

If neither party will or has signed such an agreement, the next most effective (but certainly not foolproof) way of avoiding a claim is to keep assets separate and to have nothing in joint names. No claim was made following a 27 year relationship when this was the situation.[14]

What will happen to my Will if I marry?

It is important to know that marriage will revoke a Will previously made by one of the parties, unless that Will was expressed to be made in contemplation of the marriage.[15]

So, if planning to get married, it is a good idea to have new Wills made (just in case something terrible happens on the honeymoon), but to make sure that these are made in contemplation of the marriage.

On this issue, if the parties divorce, the divorce will revoke anything left in the Will to the now divorced spouse.[16]

A closely related issue to this is the following. If it is a second marriage or relationship for either party, and there are children of a prior relationship or marriage, a Will becomes vital so that either or both spouses can set out clearly the entitlements of all relevant beneficiaries.

What about my superannuation?

In many cases, an individual will have a superannuation entitlement, and the fund which that entitlement is held with will pay out a benefit in the event of that individual’s death.

Normally, that will be paid out to someone who is considered by the fund to be a dependant (and frequently that will include a spouse but can also include children).

To exercise more control over this situation, the individual can make a binding death benefit nomination to the fund, stating who will receive such benefits in the event of one’s death.

Usually, such nominations have to be updated after a period of time.[17]

It is important to know this and to also know that:

1. It is possible to nominate that such benefits are paid to the individual’s estate (and thus dealt with in the same way as other assets under a Will); but

2. That may not be the individual’s intention. He or she might prefer to leave various assets (such as shares or a real property) to, say, a spouse, under a Will, and death benefits to go separately to children. If so, those arrangements should be made (and possibly in consultation with a financial advisor).

Separate provision or consideration, again, needs to made in relation to trusts. The assets of a trust do not normally form part of the estate of a deceased.

Frequently, if someone has set up a discretionary trust for taxation minimisation or other purposes, he or she will be the appointor of that trust. That means that he or she can remove a trustee and appoint a new one. It is a very powerful position. If someone is an appointor and/or the trustee (or controls the corporate trustee), and is also a beneficiary of a trust, for family law purposes the assets of that trust will be considered the assets of that person.[18] Indeed, even if he or she is an appointor and controls the trustee, and is not a beneficiary, but the other party is, then the assets of the trust are likely to be considered assets of the marriage.[19]

As well as what I have just mentioned, a couple of other things are relevant to consider when marrying someone:

2. The successor to an appointor, when he or she dies, is often his or her legal personal representative. Think, then, if you do or do not wish to appoint your spouse executor or executrix of your Will. If you do, he or she may control the trust after your death.

If someone has set up a discretionary trust for taxation minimisation or other purposes, he or she will be the appointor of that trust.

Will a marriage legitimise our children?

Under Victorian law, this issue and concept is now effectively out of date. All children are of equal status, regardless of whether their parents are or were married or not. [20]

What about children born through artificial conception procedures (such as artificial insemination or implantation)?

Marriage to another personwill be important in determining parentage of a child born in such circumstances.

If a woman gives birth to a child, after undergoing an artificial insemination procedure, with the consent of her husband, the husband shall be irrebuttably presumed to be the parent of the child.[21]

The same is true for a woman’s female partner, if she gives birth after undergoing such a procedure with the consent of her female partner.[22]

John Spender is a partner of Kennedy Partners. He is recognised throughout the Melbourne family law community as a leading family lawyer and has expertise in all areas of family law, including complex parenting and property disputes, financial and child support agreements, and international matters involving forum and jurisdictional disputes.